The sub $500 price group used to be very competitive when Chinese companies like Meepo and Wowgo first came onto the scene. Recently, many of these companies have been putting effort into creating boards for the mid-tier segment ($500-$750) instead so there aren't as many options here. You likely won't get great support from any of these companies but they all use pretty standard parts that are easy to replace. All of these boards are hub drive as it's the cheapest option and have pretty small batteries compared to the boards in the next price segment.

*unable to verify, based on assumed 10s2p configuration

The Apsuboard V3 Dual is the cheapest board that I'll recommend. This board has been rebranded by many different companies (most notable being the Wowgo 2s). They're all the same board and are basically the cheapest option worth buying. There's a couple different variants of this board but the main thing to look out for is the ESC. Luckily, Apsuboard lets you pick between the LingYi and Hobbywing ESCs.

If you choose the Hobbywing ESC, this board is a cheaper copy of the Wowgo 2S with a slightly better deck. Compared to the LingYi ESC, the Hobbywing is much more responsive but has a bit less power. If this is your first board, I'd highly recommend the Hobbywing as it's much easier to learn on.

If you instead go with the LingYi ESC ($299), you'll get a higher top speed but with more of a "binary" feel to the remote. It's a bit hard to describe but basically the remote feels as if it has a few distinct speed steps so you can't accelerate/brake as gradually.

Other than that, this board doesn't excel at anything in particular but is certainly a solid pick. If you do decide to buy this one, I'd highly recommend upgrading the front truck as it greatly improves the ride, doesn't cost much, and is easy to install.

The Meepo V3 is a nice step up from the Apsuboard. For the extra money, you get better skate hardware with the Shredder trucks as well as a truly unique design. The deck is a bit better than the Apsuboard but most wont notice a big difference. It does come with an OLED remote as well as a USB charge port built in to the battery. Meepo switches out their ESC very frequently so I can't comment on how responsive it will be. If this is something that's important to you, I'd highly recommend checking out r/electricskateboarding to see what recent owners have to say. It's likely not going to be an issue though as Meepo has stopped using the "binary" LingYi ESC. Other than that, this board doesn't have any real issues and is a great choice in this price segment.

The G2 Black is pretty similar to the Meepo V3 but with a few great upgrades. First and most importantly, you get more flexy deck which certainly helps with the bumps. The large 96mm wheels also help provide a smooth ride. You also get a larger battery for extended range. One negative compared to the Meepo V3 is that the G2 Black doesn't have an OLED remote. Instead, it comes with the standard Hobbywing remote. That isn't a huge deal but some people really like having that screen.

The Wowgo 3 is a bit of a tough sell over the other boards in this list at $499. The deck is comparable to the G2 Black. The front truck is an authentic Paris V2 which is a well-known excellent truck (back is a Paris clone). Wowgo created custom wheels for this board which are soft and similar to the popular Orangatang Caguamas. You also get the new Hobbywing remote which has an OLED screen as well as a USB-C port for charging. The battery is also a fair bit larger than the G2 Black which is always good to see.

Overall, it's a solid and well put together board that checks all the boxes for this price range. If you have the extra $90 and like the look of the board then go for it but if not, don't worry as the G2 Black is also a great board! 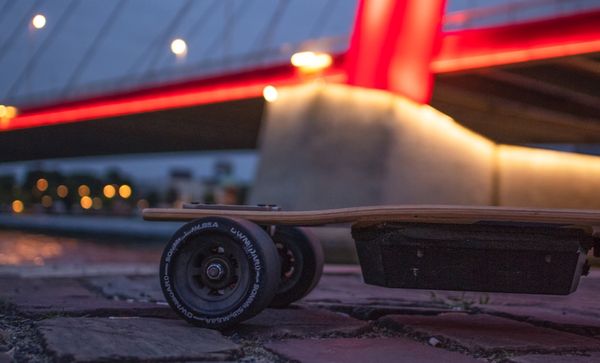 To estimate the range on a board, you first need to know how much power the battery can store. We can figure this out by calculating the battery's watt-hour (Wh) 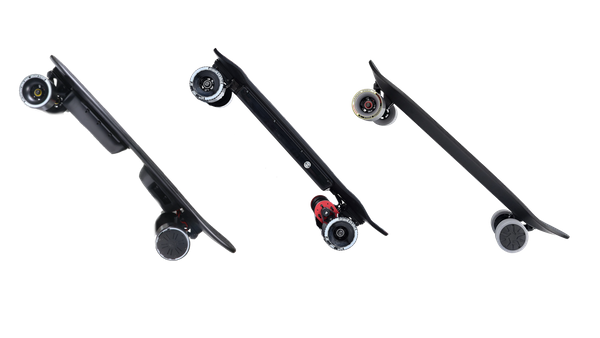 Currently there aren't many shortboards on the market and even fewer worth buying. Because of that, this list is pretty short. Most of the Chinese board companies have just released